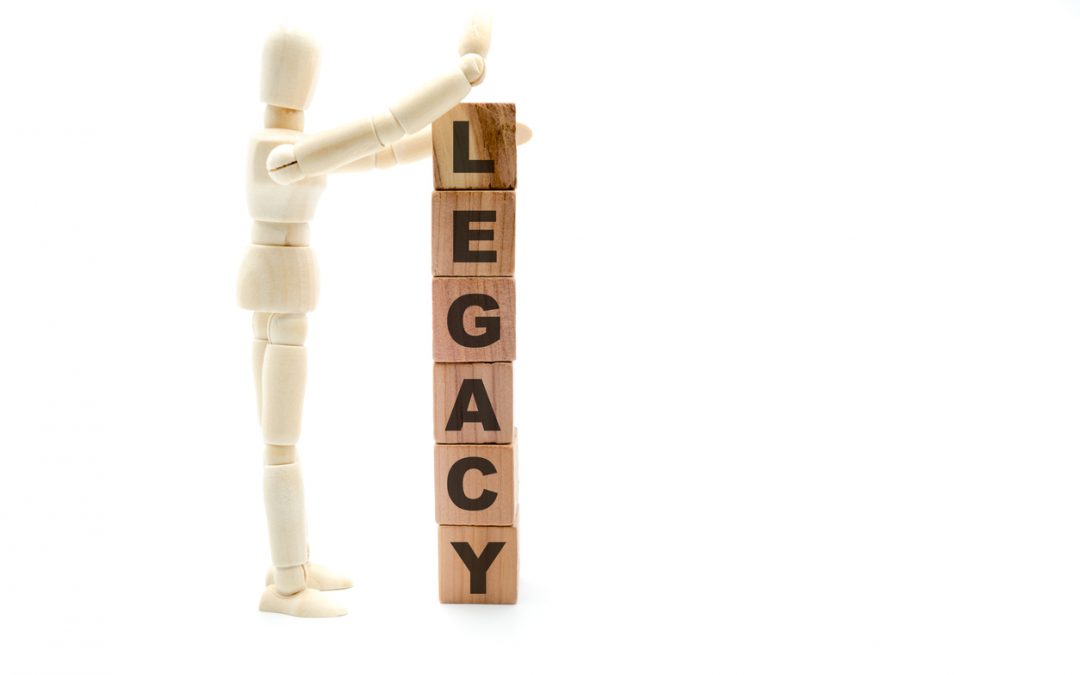 While the tangible component of your legacy is something that can be touched and be a visible reminder of you, it will indelibly bring up memories.  That special trip; that special saying; that attitude; that laugh.  And, since we’re human, there may be some negatives.  But on balance, positive.  So, your intangible legacy will be a combination of experiences people had with you, discussions you have had, lessons you provided, but most of all, how you approached situations, friendships, adversity, etc., which didn’t come with a playbook, but rather your individual manner of handling various circumstances.  This is what will live on in memories.

So, now that you are at this point in your life, and so much water has gone under the dam, what do you want to say to those you have cared for and to those who have cared for you?  Undoubtedly there are people who have influenced you and cared for you, and if you haven’t said thanks, now’s the time.  Nothing wrong with a short note or a quick call to simply say thanks.  There will of course be the “What’s the matter?” reaction, but you just have to emphasize the note or call was long overdue to say nothing of the thank you.  And to those you may have offended, why not do the same, but make it an apology?  I had a friend who, knowing he had a short time, decided to contact people from his past that he felt he had wronged in some manner.  Not an easy task to track down people from his childhood, high school, whatever, but he did.  In each case, the person on the other end of the line remembered him, but was in shock that he would call about what they perceived as a minor event.  But his mind was cleared, he was able to sleep better at night, and I’m sure the people on the other end of the line were appreciative.

But to those who are close to you, primarily family members or good friends, something more and special is required.  These are the people with whom you primarily spend your time, confide in and share memories.  Simply put, they are the closest to you, have influenced your life, and require something more.

This special remembrance to those closest to you is best done in words, or possibly a video, in which you tell he or she how much you appreciate them, love them, possibly provide a short life lesson, share a special memory, or maybe apologize for something.  When composing your letter or note, think of those who were closest to you and have passed, who did not leave words for you to look back on.  What do you wish that person had told you or left you?

Combining the tangible and the intangible

In my mind, some combination of the tangible and the intangible is best and serves to preserve your memory for those closest.  Something solid for them to remember you by, and some words to accompany it.  An example could be a picture of you and your special person on a trip you took, or just you and he or she together enjoying good times.  Some words to say thanks and some words (or many words) that are special.  Simple, but celebrating your relationship.  Picture that special person showing your remembrance to someone years later.  What will it say to them about you?  The words or lessons stated should be timeless and show the love you have for that special person.

This is an individual effort and some people may want to make the remembrance detailed, while others short and sweet.  It’s your call.  But approach the work diligently and thoughtfully since it will live on.